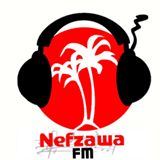 Montreal, May 14, 2015. In recent days, citizens have protested against the actions of oil companies in the region of Al Fawar in southern Tunisia. On May 9, journalists from Radio Nefzawa, a Kebili based community radio station, covering the protests and the visit of the Minister of Industry and Energy in the region were violently attacked by unknown characters and their equipment was broken. At least one journalist suffered a serious injury.

Following these events, Radio Nefzawa contacted the local police but so far and despite promises to follow up on the event, no concrete actions have been undertaken.

The World Association of Community Radio Broadcasters (AMARC) strongly protests against these intimidation acts against independent and community radios and calls on the Tunisian authorities to ensure the security of journalists and prevent threats against freedom of expression, in line with international and national standards.