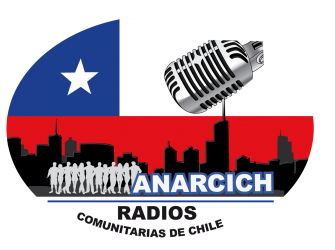 AMARC EU TEAM – A few weeks ago, the Chilean National Agency of Telecommunications (Subtel) notified the results of the evaluation of the local radio projects which aimed to a broadcasting license in 2012. This process met the demands to put into practice the Community Radios Legislation approved in 2008, which is facing many problems and barriers when it comes to the normalisation of the activity of the most Chilean citizen communication projects.

The National Association of Community and Citizen Radios of Chile (ANARCICH) disagree with the verdict and the regulation, because whereas their projects have to broadcast with a watt of power and an antenna of six metres high, commercial radio have broadcasts with ten thousand watts. In this contexts, there were some demonstrations in front of the Ministry to claim the observance of the political slogan, “Telecommunications with a citizen sense”.

In the opinion of Raúl Rodríguez, representative of AMARC Chile, the process to adapt the 2008 new community radio law to the real situation has been highly irregular. “Four years have passed since the passing of the regulation and it is not working”. He says that the standards promised have not been fulfilled yet and condemns suffocation and captivity of the media system in Chile in the hands of the profitmaking sectors.

By September or October 2014, community radio will be required to comply with the law requirements, as it is expected that by 2014 will open the license tender process, which must equilibrate the media system in the country. However, Rodríguez remembers that last year’s license tenders have been declared null and void.