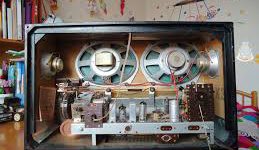 On March 3 et 4, 2017 Radio100 celebrated its 30th anniversary in Berlin\’s Columbia Theater, twenty-six years after they had to close down due to bankruptcy. Many radio people, not only from community media were present at the event, in the audience and on various panels.
Radio100 was founded in the mid-1980s by initiatives and organisations from the alternative and… Lire la suite

100 hours more broadcasting time but no financial aid in Berlin