The Community Media Sector has been developed in Spain since the 80s. However, Community Media legal recognition occurred 20 years later, when the State approved the new Audiovisual Communication General Law 7/2010, of March 31, 2010 . Over six years have passed and no one community radio has been awarded with a broadcasting license. Despite the requests made by the… Lire la suite 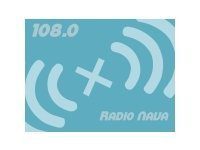 The Spanish Government threatens Radio Nava with a disproportionate fine

Radio Nava (Asturias, Spain) has started a campaign on the webpage Change.org to avoid the 30.000 Euros fine imposed by the Spanish Ministry of Industry. The radio station has been charged for using an unauthorized frequency (only 3 community and free radios in Spain have legal licenses to broadcast). Besides the legal actions that this community radio is preparing, the… Lire la suite

May, 2014. In the federal system of Germany media law is in the hand of the state government and not of the federal government. The result of this regulation is that every state has its own media law and some have a regulation that allows community media but some don\’t. Under this aspect the declaration of the governing coalition… Lire la suite