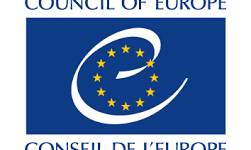 After the Declaration on the role of community media in promoting social cohesion and intercultural dialogue which was adopted in 2009, this is the first recommendation referring to… read more