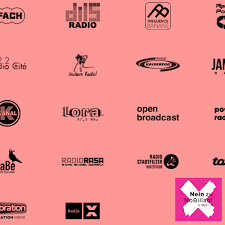 March 4, 2018. UNIKOM, the Union of non-commercial radios in Switzerland, has acknowledged with great relief the result of the national vote rejecting the NoBillag-initiative. UNIKOM remains committed to ensuring that minorities have platforms for communication and self-expression and that they are empowered to use such platforms.

“The vote is also a recognition of the work of thousands of volunteers across Switzerland during more than 30 years.”, commented UNIKOM President Lukas Weiss. Nine of the seventeen local, non-commercial radios members of UNIKOM operate through a license and would have been directly endangered by the NoBillag-initiative.

UNIKOM radios receive around 5 million Swiss Francs per year from the license fees, which amounts to 1.40 Francs per year per household (1.20 Euro per year per household). Board member and campaign coordinator Salvatore Pittà added: “As UNIKOM community radios are free of advertising, the contributions from the license fee amount to around 58% of our yearly budget. The acceptance of the initiative would have impacted our operations badly and forced us to massively reduce production and training activities.”

The licenses and the corresponding portion of the license fee from which community radios in Switzerland benefit today are directly linked to program transmission via FM. The FM switch-off in Switzerland will take place in only a couple of years. “This means that we will be facing new challenges” points out UNIKOM President Lukas Weiss. “Today’s voting outcome gives us a clear mandate from Swiss citizens to ensure that minorities continue to have access and are empowered to use platforms for communication and self-expression.”

The community media sector is defined by Swiss media law as ‘complementary’ to public service and private broadcasting. Its main tasks are to provide open access to media production facilities and training, to produce local, diverse and complementary cultural content and to operate on a non-profit basis. Thousands of volunteers, including citizens with a migrant background and with disabilities, are actively involved in production and management of UNIKOM radio stations. Programs are aired in more than 30 languages and give space to local news, music, culture and sports coverage. They experiment with new formats and offer specific intercultural, multilingual trainings for media producers of all ages.