Community Media has always promoted Media Literacy in their local communities, among their listeners and staff and volunteers by offering training not only on journalistic and technical skills but also by providing a space for critical thinking and the means to create media content to citizens. In Community Media, Media Literacy is not a celebratory week but a daily event that is supported by the hard work of community broadcasters despise the lack of financial support by regulatory authorities in the majority of European States.

6.  Considers that community media contribute to the goal of improving citizens” media literacy through their direct involvement in the creation and distribution of content and encourages school-based community outlets to develop a civic attitude among the young, to increase media literacy, as well as to build up a set of skills that could be further used for community media participation


Recognising the crucial contribution of community media in developing media literacy through the direct involvement of citizens in the process of creation and distribution of media content, as well as through the organisation of training programmes, issues that are particularly important in the digital environment;

States’ support and commitment to providing a pluralist media ecosystem in accordance with their positive obligations under Article 10 of the Convention should take into account all sectors and types of media, bearing in mind their different purposes, functions, affordances and geographical reach. Support mechanisms should include measures for ensuring the guarantee sustainability of this ecosystem… En outre, there is a need to develop and strengthen public policy measures at European, as well as at local levels to ensure that community media, as well as other types of media serving local and rural communities, have financial and legal resources and space to operate on all distribution platforms.

"…encourages member States to include in their media regulatory and policy frameworks a variety of measures which may include, but are not limited to the following:
une) A beneficial tax regime for the production and distribution of journalistic content;
b) Financial support schemes for media sectors besides public service media, in particular for regional, local, hyperlocal and not-for-profit community media, with accompanying safeguards for their independent administration and oversight and for equitable and non-discriminatory distribution of such support in line with the principles of transparency and accountability and with the standards of the Council of Europe

The Council of Europe recognises the value of community media as a source of local content, cultural and linguistic diversity, media pluralism, social inclusion and intercultural dialogue. 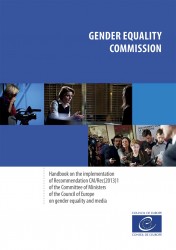