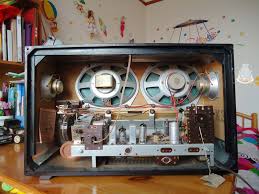 On March 3 and 4, 2017 Radio100 celebrated its 30th anniversary in Berlin’s Columbia Theater, twenty-six years after they had to close down due to bankruptcy. Many radio people, not only from community media were present at the event, in the audience and on various panels.

Radio100 was founded in the mid-1980s by initiatives and organisations from the alternative and left scenes and subcultures. Due to the media laws at the time, free community radio was not legally recognised. The first German left-wing commercial radio station in West-Berlin went on air in 1987. On account of generous donations by several institutions, the organisers of the event , among them AB of Berlin free radio station Studio Ansage, could also start to build a digital archive of the broadcasts of Radio100 from 1987 to 1991.

Find more information here (as of now, German only): https://radio100.de/radio-100-im-archiv-der-ddr-opposition