AMARC Europe is joining the International Women’s Day 2020 campaign This year marks the 25th anniversary of the Beijing Declaration and Platform for Action adopted in 1995 at the 4th World Conference on Women in Beijing/China. AMARC Europe supports the The Beijing Declaration’s resolutions fully in order to eliminate all forms of discrimination against women and girls, fight women’s economic independence and the structural reasons… read more

On 21.10.2019 the Day of Feminist Radio took place for the second time in a row. Following the international radio conference Claim The Waves in Zurich, Switzerland 2018, this radio- and editorial-spanning day of action was jointly celebrated by 8 free radio stations in German-speaking countries. This year, already 16 radio stations have broadcast the Feministischer Radiotag in whole… read more

Today is International Feminist Radioday! The International Feminist Radioday today will feature over 24 hours of feminist content from over 12 editorial teams in 3 german-speaking countries. The  broadcasts will include content against the patriarchy with feminist music, interviews, stories, features, shows and discussions. Why do we need a feminist radioday? According to a study by the ZHAW less than 39% of the… read more 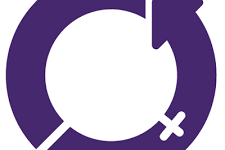 This meeting was organized by UNESCO… read more

Montreal, March 6, 2015. The World Association of Community Broadcasters (AMARC) is joining forces with UNESCO and the Global Alliance on Media and Gender for the Women Make the News 2015 initiative. Under the theme ‘’Yes we must! Reaching Gender Equality in the Media by 2030’’, this initiative aims to push forward the involvement of women in all spheres of… read more

CoE Handbook on gender equality and the media

After the event, the Beijing… read more

Women´s UN Report Network – Frieda Werden attended the UN World Conferences on Women in 1975 and 1995.  She has worked as a volunteer and professionally in public and community radio in the US and Canada since 1973. In 1986, she co-founded WINGS: Women\’s International News Gathering Service; as its series producer, she internationally syndicates a weekly half-hour radio program by… read more

The Gender Policy explains what gender equality means in community radio and how it can be achieved. It demonstrates the necessary measures which can enable and encourage women\’s equal participation in all fields and levels of the radio station.
The Gender Policy for Community Radio serve as a tool to implement gender equality in community radio stations.
The… read more