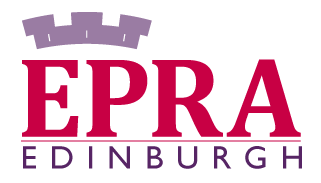 Community media were invited by EPRA to take part in their meeting in Edinburgh 17th to 19th of May 2017 and present community media initiatives focused on media literacy. The invitation took place after lobbying by AMARC and CMFE in Dublin, and AMARC president, Michael Nicolai, President of AMARC Europe, represented community media with the support of CMFE as one of the speakers on the panel of the Working group 1 on Media Literacy: “Mapping key initiatives & researching media use” which took place on 18 May 2017. His presentation highlighted the essential role played by community media to foster media literacy.

In the workgroup session on media literacy, Alison Preston Head of Media Literacy Research of OFCOM presented their study about some of their most recent key findings from OFCOM’s portfolio of media literacy research, paying particular attention to key indicators for critical thinking among media users.