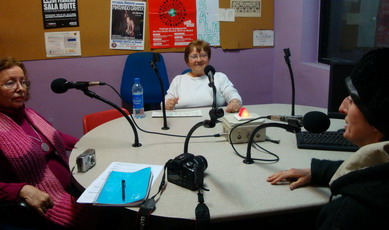 You can find now the audios of February of the campaign “On the road to Beijing +20” at the International Secretariat’s web of AMARC. This month three countries are the protagonists: Canada (“Féminisme d’hier, égalité d’aujourd’hui?”), Tunisia (“La voilà journaliste”) and Indonesia (“Stop domestic violence for a better future”).

This campaign is part of the agreement of the World Association of Community Radio Broadcasters (AMARC) and UN Women, a series of radio on the international framework Beijing +20. These productions provide a comparative perspective between 1995 and 2015, where we were and where we are now, and the collaborations come from all over the world.