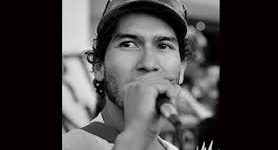 the kidnapping and murder of rafael Murúa

AMARC Europe wants to join the voice and support of Community Media in Europe to our colleagues in Mexico, that this week mourn the death of the community radio activist Rafael Murúa Manriquez. Below, we reproduce the press release issued by AMARC Mexico and Article 19 in Mexico. Mexico City, January 21, 2019.- Community journalist Rafael Murúa… read more

AMARC launches a worldwide campaign for the safety of journalists

The World Association of Community Radio Broadcasters (AMARC) calls its members to stand in solidarity with journalists and community radio journalists under attack. AMARC also remembers the fifth anniversary of the world’s largest atrocity perpetrated against journalists, the Ampatuan Massacre. This massacre saw the murder of 58 persons on November 23rd 2009, 32 of whom were journalists and media… read more