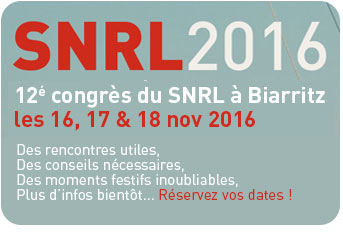 The Congress of Biarritz – SNRL 2016 is open to all actors in broadcasting, culture and information, within the limit of available seats. It will be held this year at the Biarritz Casino, hosted by the city, and also in Bayonne in the heart of French Basque Country, and finally in San Sebastian “Donostia”, capital of the Basque province of Gipuzkoa.

For more information (in French) visit the SNRL Website

Media education, finance, musical and editorial programming, citizen journalism … All these areas and more will be addressed through workshops and panel discussions on the occasion of this 11th edition of the SNRL National Congress which will take place in Rennes from 18 to 20 November 2015!
CLICK HERE TO DOWNLOAD THE PROGRAMME
Information and information:
The Rennes Congress – SNRL 2015 is open to all, however prior registration is required for logistical and security reasons. Practical information
Please, register via the online form by clicking on the following link. Link to the form
Also, feel free to contact us with any comments or questions: congres@snrl.fr 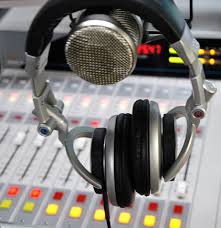 Medias Citoyens / Thierry Borde – The audience of the associative radios is rising, according to the latest survey carried out by Médiamétrie over the period November-December 2014. More than 160.000 new listeners have joined the associative waves as compared to the same period the previous year.

On the side of the associative radios are still a little wary of polls listening somewhat adapted to radios that do not participate in that very little in the advertisement market. However, this does not prevent us from we celebrate when the results are encouraging! Especially when it does not fight with the same weapons as the other media, nor the same structures.

In November-December 2014, approximately 1.273.000 listeners have daily listened an associative radio per week, 2,4% of the audience. Compared to the same period in 2013, 160.000 new listeners came to join the waves of the associative radios.

In a press release, the Syndicat National des Radios Libres (SNRL) welcomes these results “which indicate a trend that is confirmed survey after survey. The free media -which gives something else to see, another things to think about and another things to listen on a daily basis- has its place in the French audiovisual landscape”.

However, the SNRL points the inaccuracies of the results that “under-evaluate the reality (561 associative radios measured on more than 600 currently authorized by the Conseil Supérieur de l’Audiovisuel [the audiovisual authority]”.

Read the press release: The SNRL welcomes the results of the audience of the associative radios (PDF) (In French).

Also the average duration of listening to the associative radio is one hour and forty-seven minutes. In comparison, one can reconcile these results to those of France Culture which are 2.2% of the audience per week and 1.8% in “Saturday and Sunday” for this associative media.

Die National Union of Freie Radios feiert sein 10th Anniversary in Paris between 19th, 20th and 21st of November. This Conference is celebrated among the challenges of media pluralism, freedom of expression, cultural diversity and social proximity communication in French society. Moreover, it tries to channel the battles about digital convergence and for the access to the air waves.

In this context, in the SNRL there are 630 associative radio stations, 2100 employees and tens of thousands of volunteers working to have their place as part of the current french audiovisual landscape.

Emmanuel Boutterin, President of the SNRL, stärkt die Idee, zusammen zu arbeiten: In the field of broadcasting and social issues, we have also learned to work together and build alliances with the public service and commercial radio sector. It must be understood that all broadcast TV, radio and film are at the stage of building new power at national and global level. We cannot loose what our predecessors have managed to build with courage and conviction. They have shown the way, be worthy of their thinking and their achievements. The historic slogan SNRL takes on its meaning: “Together we are stronger!”

Staff, volunteers, delegates and partners of the Syndicat National de Radio Libre will be meeting in Paris on Wednesday 19 November 2014, for three days of networking, discussion, and training as part of their 10th Conference. The aim of the encounter is to share neue Ziele and open new horizons for associative radio in France, as well as zu identifizieren die best practice among its member to reinforce the Kraft und development of the community broadcast sector in France, as well as voice the alternative approaches of the associative radio in the areas of equality and participation. For more information, full programme and registration, visit the SNRL Website.
Stichworte: Assoziative Funk . Konferenz . Frankreich . SNRL