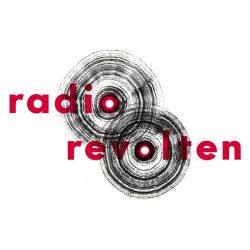 Radio art is a multi-faceted form of art. To illustrate this by way of celebration, the festival Radio Revolt (translation: Radio Revolts) organised by Radio Corax invited more than 70 artists from 17 countries to Halle (Saale) to present 30 days of contemporary radio art at 15 locations around the city in the form of performances, installations, concerts and live radio broadcasts. 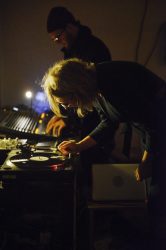 Fiftheen thousand people came to visit the installations, performances, exhibitions of radio art and historical exhibition of radio during the decades of the 20th century and its potential as peoples’ Radio. 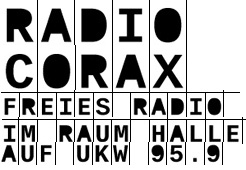 The program for the close-up conference “Radio Archives in European Community Media” at Radio CORAX in Halle/Saale (Deutschland) is out now!

Radio Corax invites you to register your participation at the conference till the end of May. The conference is free of charge. There will be German and English translation. If you are interested to join the conference and need further information, please don´t hesitate to contact them: info@livingarchives.eu 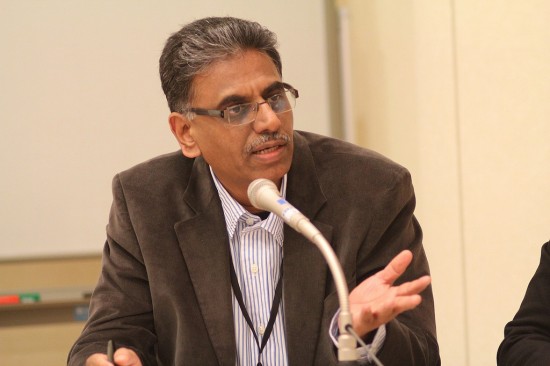 The year 2014 has been quite hectic for our team, with the Chair’s involvement in research, policy advocacy, capacity building, and knowledge dissemination activities aimed to promote the cause of community media. What follows below are some of the highlights, not necessarily in chronological order.
In July 2014, the Chair organized, with the International Association of Media and Communication Research (IAMCR), a pre-conference on community media as part of IAMCR 2014 in Hyderabad, Indien, with the participation of more than 100 delegates from around the world. On the sidelines of this event, UNESCO New Delhi supported the organization of a South Asia Roundtable, with participants from India, Nepal, Sri Lanka, Bangladesch, and Philippines discussing the formation of a regional network on community media. The South Asia Network for Community Media (SANCOM) would now be launched in the new year as a virtual network for information-sharing and regional solidarity.
The work on the Community Radio Continuous Improvement Toolkit (CRCIT) initiated in 2012, in collaboration with Commonwealth Educational Media Centre in Asia (CEMCA), continued this past year, resulting in the production of Version 2.0 of the toolkit with the inclusion of a new section on self-assessment and peer review methodology. This revised version came about after rigorous field testing in four different stations in India and with three others in Bangladesh. The Chair also trained during October and November representatives of about 30 community radio stations in India to become peer reviewers. It is indeed gratifying that the toolkit, also available in Hindi, is now being widely used by community radio stations in India in the peer review process of the Ministry of I&B of Government of India. A Bengali version is being readied for use by the community radio sector in Bangladesh, with the active cooperation of the Bangladesh NGOs Network for Radio & Communications (BNNRC). We have received appreciation and expressions of interest to adapt and use CRCIT from other parts of the world.
The Chair’s capacity-building portfolio got a big boost this year with the starting of a new project under the broad umbrella of Children as Media Producers (CAMP) in the central Indian state of Chattisgarh. Supported by UNICEF, the Adolescent Engagement Using Media Tools (AEMT) initiative is under way with the ongoing training about 25 underprivileged children. Members of our team have also been invited to be part of the peer review workshops organized by the Ministry of I&B and the Community Radio Association of India (CRAI).
The Chair team continued to be active on various national and international platforms, not only engaging with state entities on policy issues, but also presenting our work in international conferences and interacting with community media advocates and practitioners around the world through visits and meetings. Some of the significant events in which our team played a role include: national and regional Sammelans of CRSs organized by the Ministry of I&B, the Telecom Regulatory Authority of India (TRAI) consultation on policy matters, the AMARC/SAARC Information Centre Seminar in Dhaka on status of CR in the region, panel discussions about the ban on the broadcast of news over CR, session on community media in Europe and the World at the Media Conference of Central Germany, and the World Summit on Media for Children at Kuala Lumpur. Prof. Vinod Pavarala, the UNESCO Chair, also had the unique opportunity to visit several free radio stations in the cities of Halle, Nuremberg, Weimar, Erfurt, and Hamburg, in Germany on the invitation of Radio Corax and the Association of Free Radios.
Dissemination of knowledge produced by and about the Chair has been quite intense through our website and the setting up of a new Community of Practice platform called CRux (Community Radio User Experience) for community radio practitioners. CR News continues to serve as a pre-eminent publication that tracks community radio in India and elsewhere in South Asia. In terms of individual publications, apart from CRCIT mentioned above, our team members have published articles related to community radio in Media Asia, Himal South Asia, The Hindu, and The Hoot.
Much of this could be achieved through your support, cooperation, and encouragement to our activities.Â We look forward to your continued solidarity in 2015 and hope to live up to the enormous trust you have reposed in the UNESCO Chair on Community Media.
Once again, wish you all a great year ahead!
Warm regards,
Vinod Pavarala
Kanchan K. Malik
Vasuki Belavadi
Stichworte: AMARC Asien , Stuhl Community-Medien , Neujahr , Radio corax , UNESCO

Community media across Europe face many of the same challenges in creating and managing archives of broadcast content. Every minute, they produce and broadcast an enormous amount of programming . But how is this content preserved and used after it’s broadcast? Most community broadcasters have created their own methodologies for preserving and cataloguing their programs: writing their own algorithms, adapting software to their needs, or developing complex file structures on hard disks, servers and cloud services. To make past broadcasting accessible to the public, some stations created systems to automatically upload programmes to their website or developed online archives which can be browsed or searched by program, subject or tag; others make use of collaborative archiving platforms like the Cultural Broadcasting Archive, or administer different “satellite” websites on specific subjects or aimed at specific communities.

With the conference “Radio Archives in European Community Media“ we want to encourage people involved in community media to present current broadcast and multi-media archiving practices at their stations and to generate ideas for an institutional structure for European community radio archives.

Present and share your infrastructure solutions: At the conference we would like to explore and exchange different ways in which community media can preserve, use and share broadcast content. What tools and infrastructures to archive audiovisual material are best suited for community media? Which formats did your station find or create to present audiovisual content online? Which innovative techniques or tools did you develop or are you still looking for?

Archiving methods and archiving culture: A major challenge in building community media archives is how to cultivate archiving as an essential part of radio making. Many programme makers are focused foremost on their “on air” show. What are the best ways to engage them in archiving their programs and sharing them with online listeners? Who undertakes what task: uploading programmes, adding descriptions and tags, promoting them on social media? Are programs uploaded whole or split into specific items, with or without music, and how is the material edited?

The responsibility to archive: How can community archives integrate multilingualism? How can online archiving support programme exchange within Europe? What importance do analogue, physical archives have in the digital age, and how can community media secure and digitize them? How can community media archives unlock historical material about community life and social movements in user-friendly ways? Not least, we encourage proposals dealing with the question of copyright regulations and the role of open software and open knowledge.

For whom? We invite and encourage programme makers and coordinators from European community media, radio activists, researchers, programmers and technicians to participate in the conference and submit proposals.

Formats of Presentation. We invite proposals for papers, workshops, discussions, presentations and radio shows on any subject related to “Radio Archives in European Community Media”. You can send in proposals in German, English or Spanish. Proposals that engage the audience in active participation and discussion, or in trying out or evaluating archiving tools or strategies, are especially welcome. Participants can contribute to the conference in a variety of ways, not just by presenting a paper or hosting a discussion in 30-minute slots, or conducting a training or hosting a world café in max. 1 hour slots, but also by publishing a text in the conference reader, broadcasting or producing a radio show during the conference, or creating posters, web features or any other content you find suitable.

Submissio. Please send proposals by January 31, 2015, to info@livingarchives.eu. Describe your proposed activity on not more than one page (including title and type of presentation) and include a short biography.

Presenters of accepted proposals will be informed by February 28, 2015. They will be invited to the conference and reimbursed for travel and accommodation expenses.

The conference will be live streamed. For further information please check
our website: https://livingarchives.eu or
on Facebook: https://www.facebook.com/communitymediaarchives

CAPTCHA – Creative Approaches to Living Cultural Archives is a European cooperation project of Radio FRO in Linz (Österreich), Radio Corax in Halle/Saale (Deutschland), Center for Media and Communication Studies of the Central European University in Budapest (CEU, Ungarn) and Near Media Co-Op, Community-Radio & TV in Dublin (Irland). During the conference there will take place the presentations of the european-wide study of CEU wrote about “Community Radio Archiving” und presentation of an open source online tool for visualizing the content of archives. 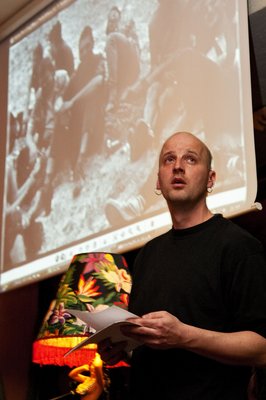